Despite government restrictions affecting theatrical performances, Lewes Little Theatre is pressing ahead with its plans. 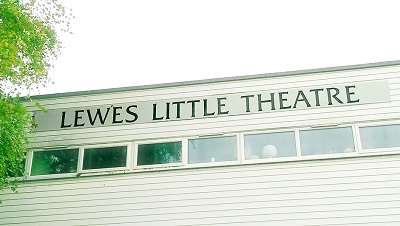 Despite government restrictions affecting the performance of drama in front of an audience, Lewes Little Theatre is pressing ahead with plans for 2020, 2021 and even 2022.

Having postponed Jeeves & Wooster in Perfect Nonsense, which was due to open in Lewes at the end of March 2020, the group has decided to rehearse and record its next production online. Rehearsals for George Bernard Shaw’s short play Press Cuttings will take place in July and August this year, followed by recording and broadcast online as a radio play.

Writing in the Lewes Little Theatre newsletter, director Chris Bowers says he aims to rehearse Press Cuttings via the online Zoom app, with each actor recording their own performance separately. The play would then be edited together with sound effects. “It sounds complicated, but the play is only about half an hour long, so there isn’t masses to deal with. The important thing is that this is a theatrical process – the readthrough, auditions, rehearsals and recording are as important as the finished product.”

The story is set in a fictional version of London in the early 20th century, where martial law has been declared as a response to action by suffragettes.

‘Jeeves and Wooster’ is planned to be the theatre group’s first on-stage show when live performances are practical. Other shows planned for the next couple of years include Patrick Barlow’s award-winning parody of John Buchan’s The 39 Steps, the world premiere of Philip Ayckbourn’s Who Knows Who Knows Who and a new adaptation of Bram Stoker’s Dracula.

Lewes Little Theatre had originally intended to follow its Jeeves and Wooster play with A Voyage Round My Father and Lust. Artistic Director Tony Bannister, writing in the group’s newsletter, explains the plans for these two shows: “we hope to present A Voyage Round My Father as soon as it’s feasible to do so. Sadly, you will probably have to wait a little longer for Lust The Musical: by its very nature, it is not compatible with any form of social distancing, in fact on stage it’s quite the opposite!”